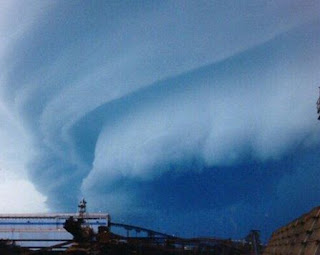 There's a breeze, a wind, nay hurricane,
beginning to blow.
First over the United Kingdom, Europe,
then America...............
The fear mongering that is taking place, is extremely dangerous.
First, the powers that be promote "fear."
They say the poor and unemployed are lazy.
They tell people to work for free,
to receive their unemployment benefit.
Which only helps the companies,
that support the powers that be.
These companies make major profits,
on the backs of the said unemployed.
Which by their very actions, take away the jobs.
That the said lazy unemployed,
are supposed to look for.
While working at those very jobs,
to receive their unemployment benefits.
That they the"Unemployed"
have already paid their dues for while previously working.
Next the powers that be are removing from the Media.
Anyone who is or appears to be,
slightly Left of Genghis Khan.
They, the powers that be ......
Do not want any voice of descent.
As we witness this change as it begins to blow.
People have been pushed, shoved, dismissed for long enough.
They have been told to grin and bare it.........
Well, the time is approaching..........
Change is a foot............
As to the timing of this,
watch in the summer of 2011.
As the stock markets go berserk, & not in a good way!!
Oh then watch the riots...........
If the powers that be don't,
clean the Windows of their ivory towers, soon.
there won't be any ivory towers for them to return to.
No one to park their posh cars.
No one to serve them.
Why?
Well the lazy unemployed,
will have gone home to their hovels.
They will be sharpening their spades & hoes.
As they will in Libya, Syria & Algeria.
Watch for a tinpot God to flee from one to another.
Ready to dig the soil and plant the seeds of discontent.
Then let's see what the powers that be,
reap from those fields of broken, wind swept nightmares.
If the powers that be.........
Can "Think".......
the time to start is now...........
Posted by Christian Dion at Saturday, September 18, 2010

Anonymous said…
I live in Spain, the situation here is depressive and scary, the unemployment goes up, many factories are shutting down, the powers and the banks just get richer and richer but workers and unemployed are still withstanding... Not in Ukraine any longer, it seems people from that country have had enough and now I wonder which country will be the next.. and worst of all, how many victims will it take for the Powers to react in favor of the workers and unemployed.
February 20, 2014 at 6:01 PM

auntliddy said…
I hope the atrocities of north korea are rectified. Is he the tin god running away?
February 20, 2014 at 9:57 PM

Anonymous said…
Seer,can you tell me,please,whats gonna happen to Ukraine- a war or everything will calmed down soon?
February 21, 2014 at 2:28 AM

Anonymous said…
Worse to come ? Oh my God! Does it mean all ukrainians should preparing for a real civil war?
February 21, 2014 at 3:13 AM

T. W. said…
DISCLAIMER
Some people will not agree with my response. You can take it or leave it.

Satan wanted this. He decievef Eve into believing God was withholding something good when He said not to eat from the Tree of Knowledge of Good and Evil. Eve persuaded Adam to eat. Adam should have corrected Eve but did not.

By doing this, Adam and Eve obeyed Satan, thereby giving him worship. Not only that, they gave him the authority they had on the Earth.

God removed them from the Garden of Eden. Why? In order to prevent them from eating of the Tree of Life. If they had, they would have lived forever in sin with no hope of redemption.

God had a plan. He could find no human who could do the job for Him. God is a spirit and in order for a spirit to have authority on the Earth it must be in a flesh body. God was born in a flesh body to a virgin named Mary. She named Him Jesus.

Jesus lived. Jesus died by crucifixion. He was dead for three days and three nights, during which time he was in Hell and defeated Satan. Jesus was resurrected. He is now in Heaven serving as High Priest.

God does not force His will on anyone. We are free to choose whether or not we follow Him.

In summary, demonic spirits are influencing some people to do the demon's wishes. Some people knowingly take in demons. Spirits need a flesh body to work in. Jesus sent God's Holy Spirit to inhabit all Christians. This is how we are the Body of Christ. We share authority with Christ Jesus.