Let me say this as I begin this task.
By the time, I have to write the Predictions for 2019.......
President Trump will be gone. But don’t let them fool you.
If you think he’s been a monster so far.
He’s going to be worse in late 2017 & 2018.
The Blue touch paper has been lit??????
86 ROYALS.
A couple of big deaths in store for the Royals in 2018.
One not a surprise, the other a big one.
Mind you there is the birth of a new Royal as we know.
Help keep the numbers up.
So now we know there will be a
“Wedding” in May in Windsor.
If it goes ahead, still not convinced.
About Harry and his foreign actress friend.
But if it should...
The result will make the Princess Diana,
saga look like a kiddies tea party.
Oh, by the way....
If you think the recent revelations about,
Princess Margaret.
Are the end of it....
Think again.....
Way worse to come ....
PS.. I wonder if she'll exposed the
"Other side of the blanket"
daugther PP had with a Scottish woman ..
Who still lives North of the Hadrians Wall.. 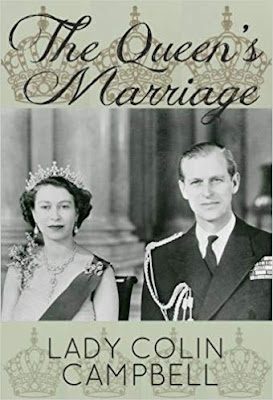 Chick'sOpinion said…
Mmmm. This would be a good read. There’s nothing better than a good saucy true aristocratic/Royal scandal story. Posh and juicy. The Queen will be chokin on her Twinnings Tea this morning.
June 29, 2018 at 5:01 AM

Melic21 said…
oh, my I was so excited to hear this lady was writing a book, don't' forget she was the one that exposed all of the dirty royal secrets before anyone believed her and well before Andrew Morton, can't wait to read.
June 29, 2018 at 8:03 AM

Arshes said…
So what happens to the Supreme Court now? And have you considered doing a podcast or YouTube show?
June 29, 2018 at 10:11 AM

Chick'sOpinion said…
This is abit unusual. Cause lady’s, in the UK. The aristocratic kind, don’t usually write books. About each other. Let alone the Royal family. She’s not even waiting until Prince Phillip or the Queen passes away. SO, what’s the motive here CD? Did Lady Colin Campbell have a relationship with Prince Phillip . That she’s still pissed off about. Or did he harm one of her friends? Or is it far simpler, and she’s broke.
June 29, 2018 at 11:03 AM

I didn’t know she’s written other books. Before Morton. Mmmm she’s a prolific little lady. It’s a wonder Mi6 hasn’t bumped her off. For exposing all this about the Royal family. Over so many years.
June 30, 2018 at 1:22 AM

Chick'sOpinion said…
Love Child. Who remembers Diana Ross and the Supremes singin that,
'Love Child, never meant to be.
Love Child, never understood
Love Child, never quite as good'.
I cant believe the words of this old song. But it reflects how badly illegitimate children were veiwed in the old days. Well times have changed. But not in the Royal family.
June 30, 2018 at 4:31 AM

Twinnings tea is my favourite. English Breakfast tea. But its quite expensive to buy here. Which really annoys me. The Queen and Meghan Markle can afford it. But not me.
June 30, 2018 at 11:03 PM

I pray your finances turn around. Twinnings is not expensive here but now I wonder if we get an inferior product here. Folks believe Americans can't distinguish quality food from trash. That is true in general.

I stopped eating candies and other things to lise weight. I will indulge if I get a strong taste for sweets when Aunt Flo comes to visit.

Guess what. I can taste the chemicals. I have been poisoning my body with sweets and "poor people" food.